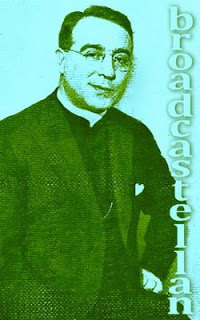 Historically speaking, it is difficult for me to get the larger picture. When I express anything amounting to a weltanschauung, I go all philosophical. Perhaps, I live too much in the confines of my own peculiar everyday to engage with the political events and developments that shape my existence. Life in the United States has taught—or, at any rate, encouraged—me to live in and for the now, a modus of going about one’s affairs that is more personally rewarding even though it might not always be quite so socially or globally responsible. Seizing the day for the sake of that day and its glories alone is not something to which Germans, in particular, are prone; they are more likely to seize opportunities for the future, or another country, for that matter.

In the old world, people tend to plan for what might happen in generations to come; they are anxious to map out what they presume to lie ahead, sometimes for as much as a thousand years. I suppose that, once those old world futurists went west to seek their fortune, they needed to learn to reconcile themselves to the vagaries of the wilderness, to fight everyday battles, to carve a niche for themselves right out of those woods.

In societies that have a medieval past in which the individual matters less than the tribe, fascism and communism are more likely to flourish than in the United States. Creating order out of the chaos that is time not yet present so as to provide for the future of one’s kind makes even genocide justifiable.

I wonder whether, had I been born American and grown up the in United States during the 1930s, I had possessed the foresight to anticipate just what this kind of mindset is capable of undoing and getting done. Would I have been an isolationist or urged for an involvement in the European conflict? Would I have been all peacetime business as usual or seen war as a way of insuring the future of an ideal?

I trust that, for all my shortsightedness, I would have seen right through a man like Father Charles Coughlin, who, back in 1939, continued to rail against the warmongers in the US. Using the microphone and Social Justice magazine as means of reaching the American multitudes, he went so far as to recruit school children for his cause. On 19 March 1939, the notoriously anti-semitic priest offered prizes to any youngster—Christian, Jew, or gentile—who could best express reasons to stay out of a foreign “entanglement” involving military action. One answer suggested by the announcer of Coughlin’s radio addresses, who was also a spokesperson for Social Justice, hailed economic sanctions as a modern mode of warfare.

In 1936, Father Coughlin could still count on a popular magazine like Radio Guide as a forum to pose a challenge to “Franklin Doublecross Roosevelt,” the President he had staunchly supported some six years earlier. By 1940, Coughlin’s influence was vastly diminished, his motives questioned, his hypocrisy exposed. In an issue of Radio-Movie Guide for the week of 16 to 22 March 1940, news editor and radio historian Francis Chase, Jr. shared the outcome of his investigation into Coughlin’s mysterious absence from the airwaves on 4 February of that year when a “series of cryptic and intriguing announcements” informed the listening public that Coughlin “would not appear to speak and intimated that dire and sinister forces were at work to prevent his addressing the radio audience.” Chase’s subsequent

investigations showed that neither [station] WJR nor the Coughlin radio network had censored Coughlin’s address. Neither had the Catholic Church nor the Federal Communications Commission. The inescapable conclusion to be drawn, therefore, is that Father Coughlin, and Father Coughlin alone—was responsible for the weird performance after exhorting, through his announcer, all listeners-in to telephone their friends and get them to their loudspeakers.

Apparently, Coughlin was determined to present himself as a martyr threatened to have his tongue cut off by those who did not like what he had to say. Among those who very much liked what Coughlin said—and who liked what his staged disappearance from the airways might imply—where the editors of Hitler’s Völkischer Beobachter, who sneered that, in a so-called free America, Coughlin was facing censorship for the “truths” he dared to speak.

Was Coughlin, who envisioned a fascist “Corporate State” to do away with what he argued to be a corrupt United States, consumed with the larger picture in a foreign frame? Or was he, Canadian-born and barred from the Presidency, picturing mainly himself in whatever frame suited him best or was most likely to accommodate him?

However far-reaching or far-fetched his scheming, much of what the far-righteous Father espoused Chase demonstrated to be personally motivated. When Coughlin denounced the worshipping of the “God of Gold,” for instance, and argued it a “Christian concern” to restore silver to “its proper value,” the US government disclosed that the Thunderer of Royal Oak owned “more silver than any other person in Michigan.” While loudly condemning “Wall Street gambling,” Coughlin was known to have played the stock market.

Sure, even the larger picture—a vision, however ghastly or inhumane—is only a reflection of the minds that conceive it; but in how far are the likes of me, whose frame of mind is too narrow or too feeble to get hold of that larger picture, content to be framed by the masterminds who seize the opportunity of creating, mounting and authenticating it?

Related Writings
“’I hold no animosity toward the Jews’: The Father Coughlin Factor”