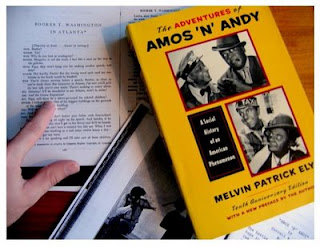 It was time to close the fourth broadcastellan poll, for which I had put together a list of radio plays by notable American poets, playwrights, and novelists including Archibald MacLeish, Arthur Miller, and Pearl S. Buck, as well as works by writers more closely associated with the medium (namely Arch Oboler, Morton Wishengrad, and Norman Corwin). I was not surprised that the play receiving the most votes was Lucille Fletcher’s “Sorry, Wrong Number”; less surprising still was that just as many voters turned out to declare that they had not heard or read a single one of the works mentioned. My intention was to expose this anticipated lack of awareness, to suggest, particularly to those already interested in old-time radio, that to tune in to aural drama of the 1930s and ’40s does not mean to sever all connections with thoroughly respectable literature or so-called legitimate drama. Sure, Life Can Be Beautiful—but old-time radio drama can also be thought-provoking, historically relevant, and artistically engaging.

I needed to make this claim when I set out to turn my love for the traditional American Hörspiel (German for audio play) into the subject of a doctoral study in English literature. Long neglected and too infrequently discussed, aural dramatics are far easier to sell, package, and deliver as an historical subject, rather than an aesthetic one. Anything that may tell us about a people, its past and its paths, is generally deemed worthwhile a prolonged investigation of what is otherwise thought of as artistically and intellectually dubious.

While eager to move discussions about radio drama into the academic circles in which I assumed myself to be spinning for years to come, I was anxious not to distort the subject by paying too much attention to a few isolated literary productions at the expense of the episodic thrillers, comedy-variety shows and dramatic anthologies that made up the bulk of the US networks’ night-time schedules throughout the 1940s. In other words, I did not want to represent the exclusive by excluding the representative.

As it turns out, recovering what was largely absent told me much about the everyday of American broadcasting as commercial construct and historical reality, as well as the democracy of memory.

None of those voting in my poll knew the radio play “Booker T. Washington in Atlanta” by noted African-American poet Langston Hughes; no wonder, since recordings of it have apparently not been preserved and its script has not been published in decades. It aired over the Columbia Broadcasting System to commemorate the Booker T. Washington stamp that was issued on 7 April 1940. Hughes called his play “a special occasion script, as are most scripts dealing with Negro life—since we are not normally a part of radio drama, except as comedy relief.”

Few radio plays captured the black experience, whereas the “stereotype of the dialect-speaking, amiably moronic Negro servant” was the “chief representative of [his] racial group on the air.” Erik Barnouw, who included the play in his anthology Radio Drama in Action (1945), added that “[t]his kind of script” was acceptable in American broadcasting since it “can emphasize Negro accomplishments instead of our society’s failure toward him.”

US radio entertainment was not all Amos ‘n’ Andy—an Anglo-Saxon distortion of the diversity of an ever-evolving culture; nor should it be mistaken for an accurate representation of 1940s America. The average radio audience was largely a construct created by an industry that provided the funding for programming designed to increase its profits and improve its image. Yet however warped, it was nonetheless a composite picture in which millions of individual listeners tried to find themselves.

It is this problem of representation that Hughes addresses in his play: “You’ve spoke in front of northern white folks, and southern colored folks, and us farmers around here too,” a farmer tells Booker T. Washington:

But in Atlanta tomorrow you gonna have city folks and country folks, Yankees and Southerners—and colored folks added to that. Now, how you gonna please all them different kind o’ folks, Washington? I figger you got yourself in a kinder tight place.

One Reply to “Martin Luther Kingfish? Langston Hughes, Booker T. Washington, and the Problem of Representation”