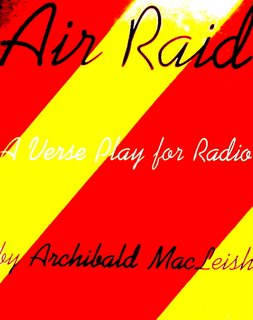 Only yesterday I was leafing through my dusty copy of Rogues’ Gallery: The Great Criminals of Modern Fiction. Granted, the story of pickpocket Thubway Tham (discussed in my previous journal entry) was anything but “great,” the dubious gentlemen among whom he appears in this anthology, figures like Raffles or Arsene Lupin, being far worthier of the appellation. Putting the book aside and glancing at today’s headlines, I got to thinking about those real-life acts of roguery and their perpetrators, thieves and tricksters fit for a place in that proverbial gallery.
Without being facetious, I think that most of us are eager to put certain politicians right up there with confidence men, embezzlers, and racketeers. Unlike fictional smugglers, highwayman, or cardsharpers, however, our misleading leaders rarely inspire cloak-and-dagger romances, at least not while they are still in office. Their potential to do harm to a far greater number of people than any pirate of old renders them too treacherous to be enchanting, and too powerful to be defused by mere ridicule. That we might have contributed to their ascent—either by having been taken in by their words or by having stood aside while others made what we’ve come to suspect as the “wrong” choice—only drives home that the joke, if ever it was one, is decidedly on us.
In the United States, the people’s trust in their political leaders may be reaching a new low these days, giving way to an indiscriminate, haphazard scepticism that could potentially be more hazardous than the actions that triggered it. So, hearing the latest White House warning about the Iranian nuclear program, I wonder who among us, the citizens or allies of the US, is willing to accept or heed it. Is it a danger real or imaginary, pre-existing or newly conceived in the act of pronouncing it true? What’s more, is not even a manufactured threat a concrete one nonetheless, whether as propagandist tool or diplomatic blunder?
Thinking this, I was reminded again of “Air Raid,” a verse play for radio by Archibald MacLeish, a big name in American poetry and pamphleteering. “Air Raid” is a didactic drama about an unheeded warning. Now, as I remarked when I commemorated the anniversary of the its premiere, the play was originally an appeal designed to caution US citizens against isolationism. Confronting the public with an enactment of a deadly attack on civilians, MacLeish went so far as to suggest that those who lose their lives to wartime terror are responsible for the consequences of their inaction.
However questionable his achievement, the anti-fascist cause that motivated its author was a noble one. “Air Raid” suggests that the greatest threat facing a people is not posed by foreign aggressors or domestic demagogues, but by an attitude of indifference to or ignorance of the political affairs makes the public vulnerable to acts of suppression and obliteration. Yet, like all propagandistic speech—and the melodramatic vehicles in which it hits its target audience—these words of caution were readily coopted.
On this day, 10 March, in 1956, nearly two decades after its first broadcast, “Air Raid” was restaged by the CBS Radio Workshop. The same words poured once more from the speakers—but their context had changed entirely. Now the play had the stamp of the Eisenhower years pressed upon it, the gullibility of the public being relied upon rather than challenged with the announcer’s insistence that “Mr. MacLeish’s prophesy” had become “grim reality” in an age of “guided missiles” capable of “nuclear destruction.”
“Learn what you can do to increase your chances of survival,” the program’s announcer implored listeners at the close of the broadcast: “Contact your Civil Defense Office.” As American families retreated into their picket-fenced homes—or into dreams of such—they were left with the impression that the world outside the United States was evil and that their leaders had solely their safety, rather than profits, in mind. It was thus that the lucrative armament of the cold-war years was being justified. MacLeish’s warning had become “grim reality,” all right—so much so that the public was not to appreciate his original message.
So, given that we have mostly familiar words of warning to go by once more, how can we determined the honesty or falsehood of those who utter them? Does the present truth lie in the perceived deceptions of the past? And how far should we remain willing to listen with the generosity of an open mind—instead of hiding behind the reflecting shield of satire—to keep an essentially sound and worthy political system such as democracy from falling apart?