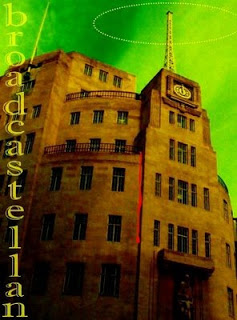 “The next programme contains some strong language which some listeners may find offensive.” That disclaimer, apparently, is not enough to keep old Auntie (the BBC) out of trouble with the strongest censors out there: the public. Several thousand listeners (or, roughly, one percent of those who tuned in) voiced their complaints about a broadcast in which British pop-culture personalities Russell Brand and Jonathan Ross made prank phone calls to Andrew Sachs, an actor mainly remembered for being a cast member of Fawlty Towers. It all happened on 18 October—but the force of those faded soundwaves is just beginning to make itself felt in a sweep of ever more dramatic repercussions. Never mind rolling waves. It’s heads now.

Here is what happened: Sachs was to appear on Brand’s radio program; when the guest backed out, the host and his guest, Jonathan Ross, left a number of rather obscene messages on the no-show’s answering machine. Encouraged by Ross, Brand revealed, in no uncertain terms, that he had intercourse with Sachs’s granddaughter, who is in her twenties. “If he’s like most people of a certain age,” Ross quipped about Sachs,

he probably got a picture of his grandchildren when they’re young right by the phone. So while he’s listening to the messages, he’s looking at a picture of her about nine on a swing . . .

. . . and thinking, if I may complete the sentence, what nerve those two men at the mike have to alert the masses to her change of playground.

Listener protest compelled the BBC to suspend both Ross and Brand; their respective programs on radio and television will not air until the matter has been thoroughly investigated, the director general of the trust governing the corporation announced. Apparently, even the Prime Minister has gotten involved in the matter by issuing a statement condemning such uncensored reality-meets-insult comedy on the air.

I got a bit caught up in the moment and forgot that at the core of the rude comments and silly songs were the real feelings of a beloved and brilliant comic actor.

Rarely have a few dirty words and evidence of poor taste so outraged a vocal minority of a United Kingdom also known as Little Britain. That, incidentally, is the title of another BBC program, and hardly one bespeaking British wit and cultural refinement. Aside from reassuring me that folks still listen to the old wireless, that radio it is more than a source of ambient noise by which to work and play, the whole case (detailed in this BBC timeline) brings home how much power those private individuals among us wield who make their opinions as public as the chatter to which they object.

The output of the media, like the outcome of elections, is determined both by the silent many who let things happen and the outspoken few who do not; but, if it is change you are for or after, remember this: it requires far fewer naysayers to kick Auntie than it takes to shift Uncle Sam.