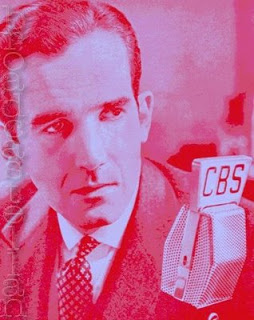 I rarely hear from my sister; sometimes, months go by without a word between us. I have not seen her in almost a decade. Like all of my relatives, my sister lives in Germany. I was born there. I am a German citizen; yet I have not been “home” for nearly twenty years. It was back in 1989, a momentous year for what I cannot bring myself to call “my country,” that I decided, without any intention of making a political statement about the promises of a united Deutschland, I would leave and not return in anything other than a coffin. I don’t care where my ashes are scattered; it might as well be on German soil—a posthumous mingling of little matter. This afternoon, my sister sent me one of her infrequent e-missives. I was sitting in the living room and had just been catching up with the conclusion of an old thriller I had fallen asleep over the night before. The message concerned US President Obama’s visit to Buchenwald, the news of which had escaped me.

Just in time, I turned on the television to listen to the President’s speech, and to the words of Buchenwald survivor Elie Wiesel. I was relieved to hear the President talk of the Nazis as “human.” His predecessor would no doubt have resorted to “evil.” How much more meaningful is the word “human”—an acknowledgment of shared responsibility that forces us to relate rather than stand apart from any presumably unmitigated horror, thereby encouraging us to look at ourselves as potentially capable of the acts we are so eager to denounce as “inhuman.”

I was stirred, too, by the seemingly incongruous message of Elie Wiesel, who expressed himself at once doubtful and full of hope, who spoke of the futility of war at the very site of triumph over tyranny. Yet how can one avoid resorting to the violence of the paradox, whether used in the despair of reason or for the purpose of achieving the kind of harmony the metaphysical poets knew as “discordia concors”? How else, if at all, can one account for the life and deaths at Buchenwald, for the monstrously rational, the efficiently profligate, the methodically mad?

One of the first Americans to have witnessed and documented Buchenwald shortly after its liberation was CBS news commentator Edward R. Murrow. On 15 April 1945, three days after first setting eyes on the concentration camp, Murrow confronted his listeners with a report prefaced by the following disclaimer:

Permit me to tell you what you would have seen and heard had you been with me on Thursday. It will not be pleasant listening. If you’re at lunch, or if you have no appetite to hear what Germans have done, now is a good time to switch off the radio. For I propose to tell you of Buchenwald.

Bringing his eyewitness account to the ears of his fellow Americans, Murrow yokes together the incongruous to evoke the incalculable. Putting his finger on the imbalance of recorded figures and observable facts, he weigh in on the scale of humanity’s failure and thereby succeeds in making the measureless ponderable. Broad statistics are presented alongside minute details. Observations of suffering are contrasted with references to Buchenwald as the “best concentration camp in Germany,” a camp “that was built to last” yet built for annihilation.

Murrow speaks of an orderly pile of bodies, a prominent political figure starved beyond recognition, a warning against pickpockets in a scene of horrendous crime, and a new beginning of Buchenwald’s internees that coincided with the death of Franklin D. Roosevelt.

At one point, Murrow’s report takes us into a “clean” kitchen that supplies next to no food:

[The German prisoner, a communist, in charge of the kitchen] showed me the daily ration: one piece of brown bread about as thick as your thumb. On top of it a piece of margarine as big as three sticks of chewing gum. That, and a little stew, was what they received every twenty-four hours. He had a chart on the wall. Very complicated it was. There were little red tabs scattered through it. He said that was to indicate each ten men who died. He had to account for the rations, and, he added, “We’re very efficient here.”

“If I have offended you by this rather mild account of Buchenwald,” Murrow adds, “I am not in the least sorry.” After all, had he not begun his report with the incongruous invitation to “switch off the radio”?

I knew switching off only too well. As a child and adolescent growing up in West Germany, I felt the incongruousness of being a good German keenly. I was raised in a small village in which a synagogue rotted away unnoticed, history and hope debased as a pigsty. At school, classmates echoed their parents by defending Hitler as the builder of the Autobahn; at home, my paternal grandmother openly spoke of her awareness of what was happening to her Jewish neighbors—and then severed her connections by reducing me to the pink triangle I had pinned on myself by coming out.

I have been weighed down by collective guilt. I have lived under the terror of the extreme left and experienced the lure of the ultra-right as a stance of ultimate defiance. I failed to reconcile my responsibilities of facing history with any chance of personal happiness. So I left.

Perhaps I have been on the run ever since; trying to distance myself from the past I made my present an evasion. My life abroad has been, by and large, an existence in the neither here nor there, its escapism more shameful than my inescapable origins. Yet how else can we expect to make a clean start of it if our feet remain stuck in the soil we are anxious to shake?

It was with some unease that I realized just what I had been watching before my sister returned me to the reality of now: a neat puzzle in which every murder is accounted for and executed according to plan; a “very efficient” murder mystery that reduces horror to a formula borrowed from an old and politically incorrect nursery rhyme; film released, no less, in the year of the death camp liberations. You see, before I listened to the speeches at Buchenwald I had been counting down bodies in And Then They Were None.