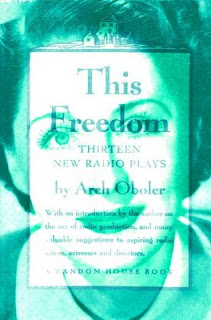 This is a day for disguises, and a night of unmasking. A time to let yourself go, and a time to let go of something. A night to make an ass of yourself, and a morning to mark yourself with ash. Shrove Tuesday, Mardi Gras, Fastnacht. Back where I come from—Germany’s Rhineland—carnival is a major holiday, an interlude set aside for delusions, for letting powerless misrule themselves: laborers parading in the streets without demanding higher wages, farmers nominating mock kings and drag queens to preside over their revels; women storming the houses of local government to perform the ritual of emasculation by cutting off the ties that hang from the necks of the ruling sex. It is a riotous spectacle designed to preserve what is; a staged and sanctioned ersatz rebellion that exhausts itself in hangovers.

Sometimes, the disillusionment creeps up on you only gradually. Upon reflection, that wondrous “what if” begins to sound more like sobering “as if!” You may have had a good time—but, when it comes right down to it, you’ve been had.

As a political instrument, the radio is not unlike Mardi Gras. Tuning in after a day’s work is a carnivalesque experience—the partaking of a communal pancake made from the eggs with which you didn’t dare to pelt those who own most of the chicken. It is the allotted substitute for the half-forgotten voice that those content to listen tend to deny themselves. Broadcasting was, after all, an industry in the service of keeping things as they are or as they ought to be—according to those who operate (within) it.

Radio’s most prominent voices belonged to the fools and the tricksters—Ed Wynn, Baron Munchausen, and the irreverent, imaginary Charlie McCarthy; but during the lean years of depression and war, a period when the medium was at its most influential, radio also coaxed listeners into making sacrifices by driving home their frugality or fortitude could make a difference. One such Atwater-Lent offering was “The Women Stayed at Home,” first heard on this day, 24 February, in 1940. It was written by Arch Oboler, the medium’s foremost melodramatist. If one contemporary source is to be believed, Oboler penned more than four hundred plays between 1935 and 1940 alone. The bulk of his output may be classified either as schlock or as propaganda; except that much of his work is not either, it is both.

There is jolly little cheer in “The Women Stayed at Home,” starring Norma Shearer, whose 1939 screen success The Women may well have suggested the title. Not that, aside from the performer and the spurious message of female empowerment, there are any similarities between those two vehicles. The opening scene of the latter is the “wind-wept” coast of an unspecified country.

It is night. For once the sea is calm. It waits ominously upon the edge offshore where sits a woman and an old man. For a long time they have sat quietly, but now woman speaks to the old man, and her words lift out to the sea on the rush of the wind. . . .

The woman is Celia. The old man is one of us—a listener. Shortly after her wedding, Celia’s fisherman husband perishes at sea. When war breaks out, she feels that she has nothing for which to live or fight. Being refused a chance to be of use to the community, she decides to drown herself. In the attempt, she happens upon a body in the water, the body of a man yet living—a “man from an enemy boat.” Torn between her civic duty and her moral responsibility, Celia decides to be a nurse to Carl, the German stranger whose needs and gratitude imbue her with a sense of purpose that gradually turns into love. Aware of having placed Celia in a precarious position, Carl disappears; but Celia, no longer lonely, is convinced that he will return to her one day.

There was a market for such sentiment prior to the attack on Pearl Harbor, when the isolationist lobby was still strong and outspoken responses to fascism were rarely heard on the air. In 1942, when the play was published, Oboler tried to justify its inclusion in This Freedom by arguing that “after a while, you find yourself hating too much”—a justification clearly tagged on since, back in 1940, even a prominent writer like Oboler could not get away with overtly opposing the policy of neutrality by inciting anger and directing it toward a foreign national target.

When the play was revived almost exactly four years later, in February 1944, the situation had long changed and the playwright was quick to adjust the message to suit the occasion that was Everything for the Boys, a variety program for American servicemen. Oboler had turned into a staunch advocate of hatred. That is, he argued it to be more effective to make Americans hate the enemy than love their own country. It was hate that got things done.

The pseudo-pacifist “Women,” now headed by Mercedes McCambridge, became a patriotic morale booster set in Norway under German occupation. The stranger washed ashore is now a British flyer (played by Ronald Colman). Celia’s dilemma: whether to hide the man or nurse him back to fighting form. After he is gone, a newly invigorated Celia declares:

I like to think that he knows I’m fighting now, too. For the good people. Some day the fighting will be over. It must end. He’ll come back to me. I’ll never be lonely any more.

“The Women Stayed at Home” is clearly of the ready-mix, on demand variety; but it takes a comparative taste test to expose both versions as sham. Real conflict is reduced to melodramatic opportunity; genuine emotion whipped up to achieve whatever was expedient. Sure, there was a time to love and a time to hate—and Arch Oboler had just the words to paint the sign of the times in whatever color suited the mood.

When anti-war laments were popular, Oboler taught them be mindful of how Johnny Got His Gun and what good it did him. He introduced Americans to a “Steel” worker ashamed of being in the service of making war. “The Women Stayed at Home” betrays the opportunist who knew how to keep the pot boiling, a trader in sentiment who did not hesitate to discard supposedly outmoded principles like so many rotten eggs.

Whatever you give up for Lent, keep your integrity.

2 Replies to “Fat Lies Tuesday; or, Time to Love and Time to Hate”